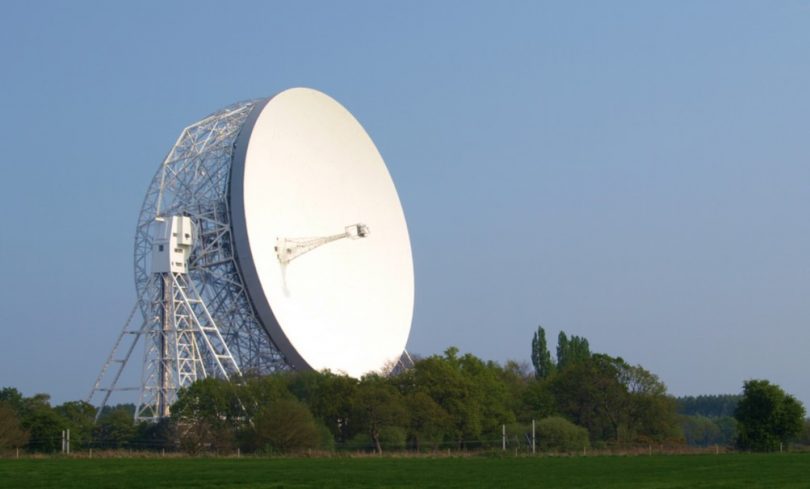 You might wonder just what is a radio telescope? A radio telescope generally refers to a specialized antenna and radio receiver used to receive radio waves from astronomical radio sources located in the sky.

Radio telescopes are instruments used for observing the radio frequency that is emitted by astronomical objects (planetary systems, star clusters, nebulae, and galaxies).

Radio telescopes tend to be large circular or semi-circular antennas (dish) that are similar to satellites. They can be used singularly or in groups and they are designed to function well both in the day and in the night.

Owing to the fact that astronomical objects are generally far away, radio telescopes need large antennas to collect and transmit radio waves. 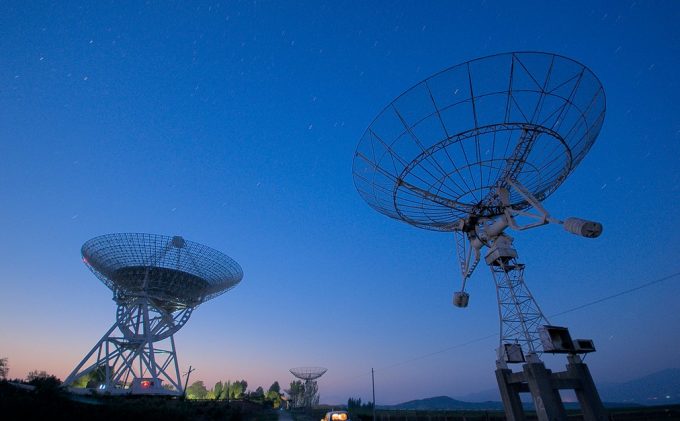 Radio telescopes are usually housed in radio observatories that are located away from densely populated areas out of the reach of electromagnetic interference (EMI) that are transmitted from media centers, motor vehicles, and other devices.

Why Do We Use Radio Telescopes?

We cannot naturally see or hear radio waves so we rely on radio telescopes to collect and study radio signals that we receive from various astronomical objects such as stars, galaxies, black holes, and other astronomical bodies. These radio telescopes are designed to monitor the longest light wavelengths.

Features That Make Up a Radio Telescope

Radio telescopes may vary in size and shape because they are constructed according to the type of radio waves they receive. Additionally, every radio telescope comes with an antenna affixed to a mount and a receiver but since radio waves are not considered strong they tend to be some of the largest telescopes in the world. 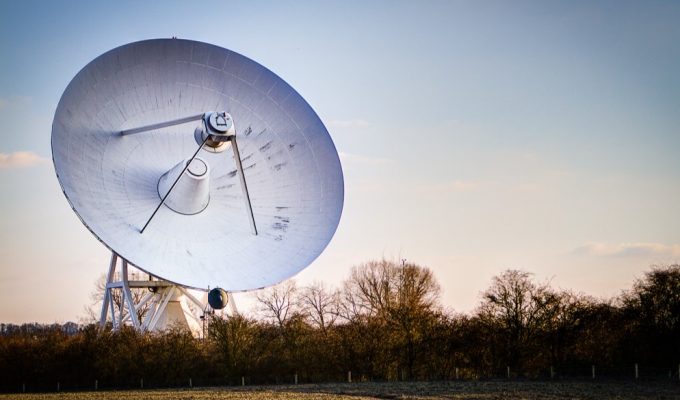 Nevertheless, while its large size enables it to easily collect radio energy it also enables it to pick up radio interference from radios and other electronic devices that we use.

The following are the general features of a radio telescope:

Some antennas are simple while others are more complex. However, the most basic antenna is a metal encased antenna that is generally attached to cars to collect radio waves that have the most power.

This metal pole is made of conductive material that attracts radio waves causing it to receive information. The antenna works by stimulating an electrical pulse that turns it into a wire with a very weak current running throughout its length and breadth. This is then translated into a signal. 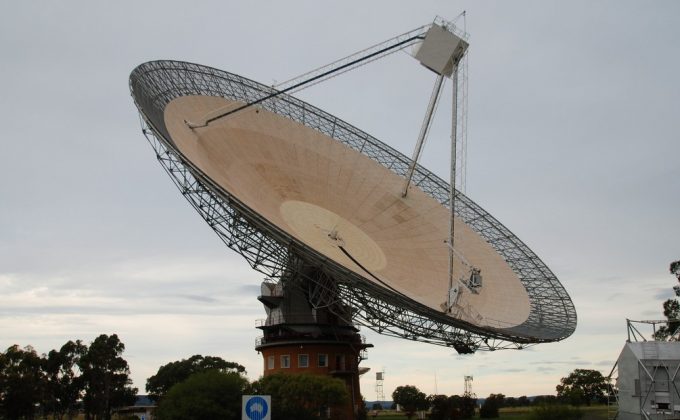 Additionally, the length of the antenna determines the magnitude of the wavelength it collects and changes into pulses. Today, the computer is used to measure the strength of radio signals in the sky and radio astronomers use these signals to create a signals map.

Presently, the most effective and powerful type of radio telescope is the parabolic dish antenna. This curve shaped device springboards radio waves to a single point called a focus. Dish antenna simultaneously throws off a series of wavelengths and this means different receivers are needed to pick up different levels of frequency.

Generally, a feed horn and receiver are placed at the focal point (focus) located above the dish or a mirror is installed that guides the radio waves to the central point of the dish (many receivers are specifically placed here).

However, older versions of radio telescopes attach a receiver or secondary reflector to a reflective three legged or four legged structure but these large metal encased legs tend to impede the free flow of radio waves from space while enabling ground interference.

Nevertheless, the latest innovations place the secondary reflector on the side, in a bid to receive the full force of the radio wavelength. It is important to note that the dish still assumes the shape of a parabola but it is the off side of the dish that has a focus immediately above the ground. 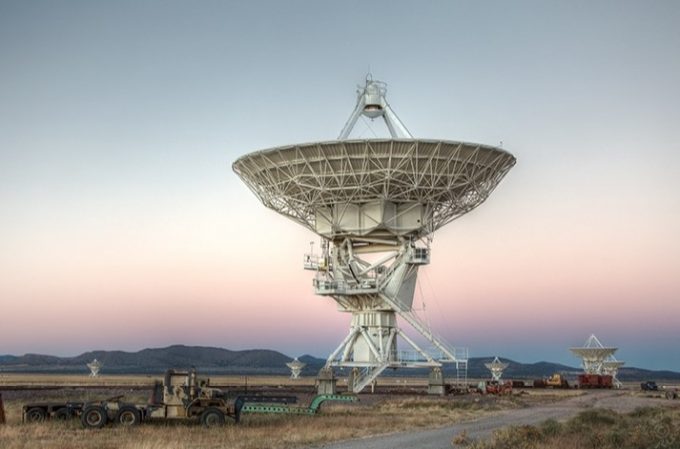 These designs are definitely an upgrade and they are more efficient in collecting radio waves and more effective in inhibiting ground interference.

As it turns out when focus receivers are placed above the dish, the radio waves are converted to signals that travel via cable to a spot on the ground where the signals are recorded and interpreted.

The size and weight of the feed horn will more than likely determine where they are placed and how efficient they are. A secondary mirror is placed at the focal point in order to send focused waves to the central point of the dish.

Therefore, feed support is extremely important since it will determine the efficiency of the dish in collecting and analyzing data.

It appears as if the most efficient dish is the one with the point of focus affixed to the side just above the ground since it effortlessly collects radio waves while minimizing interference which is a major problem with the older and less advanced models.

Since radio waves are minuscule by nature, it is imperative that the dish surface is more than up to par. In fact, waves as small as a millimeter are collected and this means anything less than a smooth surface will run the risk of not effectively collecting data. The slightest obstruction could throw the entire process off.

Therefore, it is important that the dish is placed in the right environment since harsh environs and atmosphere will more than likely have an adverse effect. Inclement weather can pose a threat to the device and heavy wind in particularly can tilt the device to an awkward and problematic angle, thereby rendering it useless.

It is, therefore, no surprise that certain companies keep their devices small so that they can withstand the wear and tear of an extreme environment. However, in instances where these antennas are large, they are manufactured in such a way that they are able to maintain their shape and are able to utilize various focus points.

Some are computerized to such a point that their surface areas are digitally controlled.

Interestingly, however, when wavelengths are strong, then the shape of the dish is not critical to its function and the dish will be able to collect radio energy under just about any condition.

Some radio telescopes are designed to spin around a shaft that is positioned toward the North Pole Star. Therefore, telescope mounts play an integral role in the quality of information we receive. 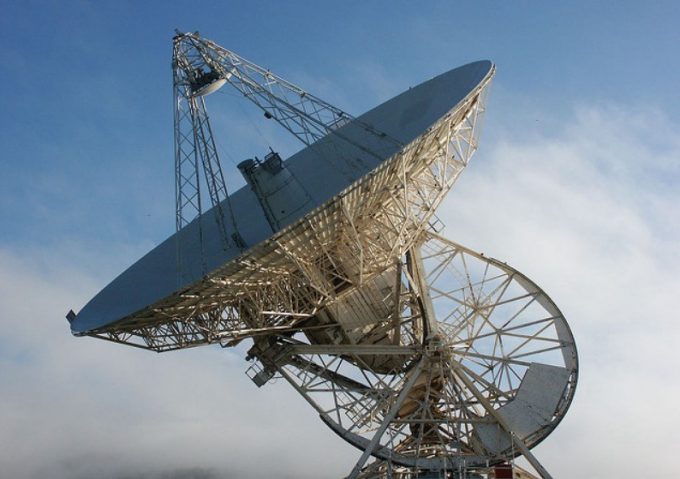 Telescope scope mounts are equatorial mounts that allow the device to remain focused on a particular position even as the earth rotates. Unfortunately, large radio telescopes are hard to build because they have to be millions of pounds heavy in order to maintain balance at various angles.

However, presently telescope mounts are better at mounting heavy devices because they are digitized and millions of pounds are now being mounted and suitably placed in the sky. 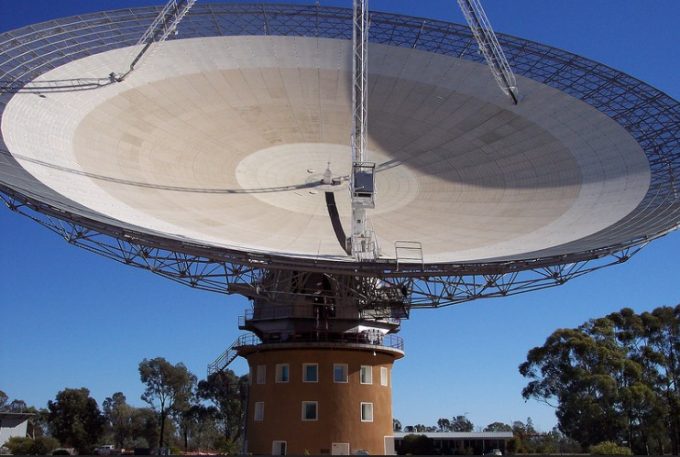 This is made possible because radio telescopes are now capable of separating the frequency bands into thousands of different channels that are between ten to hundreds of megahertz and this has revolutionized radio telescopes the world over.

The telescope has to spend a long time observing its radio source in order to get a signal from the weakest to the strongest. The computer software repeatedly adds waves in order to increase signals that are eventually averaged out.

Radio Telescopes and the Importance of Arrays

Arrays enable radio astronomy. These are sometimes situated on land away from the general public. This is ideal for the necessary radio waves mechanism. Radio telescopes are tasked with the objective of distinguishing the minute details in the sky.

In order to successfully to do this, one has to divide radio wavelength by the size of the antenna and since radio telescopes generally observe long wavelengths, a radio telescope needs an antenna that is very large in order to arrive at a resolution comparable optical telescope.

Presently, two of the largest radio dish telescopes is the Green Bank Telescope and the radio telescope in Arecibo, Puerto Rico. 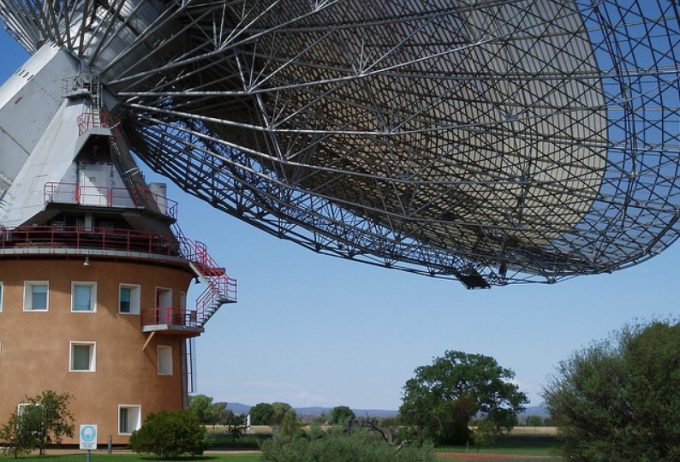 The Green Bank Telescope measures 100 meters across and can be easily steered while the radio telescope in Arecibo, Puerto Rico is the 1000-foot bowl and while it cannot move it can use its receivers to point to the sky.

However, the latest innovation is quite remarkable in that it manages to group a number of antennas in a specific area and they function as an oversized telescope.

Interestingly, this is how it works: two radio telescopes are designed to observe the same radio source at the same time, however, they are located some distance apart and this will result in radio waves arriving at different times. The slight difference based on time delay is known as the phase of the wave.

When these two waves are combined they fail to perfectly overlap because of their phase shift and this creates what is known as interference fringes and this aids in tracking since the angles of observations change each time the earth rotates. This provides observers with a series of variations which enable observers to gain multiple perspectives on the object.

Some arrays make use of a device called a central local oscillator that transmits a lower frequency timing reference signal to fiber-optic cables encased in each antenna.

The information that the antenna receives is mixed with the local oscillator signal which is then sent back down to the fiber-optic cables and into the main computer also known as the correlator.

The computer then processes data from each telescope. However, arrays have to be frequently updated and have to technologically advanced in order to effectively process the information. 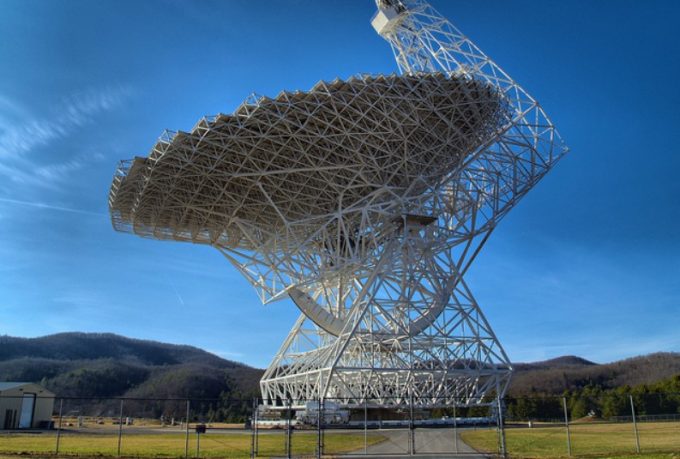 The role of the main computer (correlator) is to break down the information that is taken from the antennas at a remarkable rate of a few millionths of a second of each other. It then matches each antenna with another in the array, thereby creating multiple perspectives of the same object.

In order to keep up with the complexities of the job, the correlators are designed to be incredibly fast making calculations at a rate of femtosecond speeds – up to 16 quadrillion operations every second. This information is then mapped by radio astronomers and software engineers who provide accurate readings.

Some radio telescopes have a long wavelength array and this diminishes the need for accurate dish surfaces that detect external information and in these instances, they use antennas with two poles that are cross-shaped.

When radio antennas are separated and especially at a great distance, they mimic the function of larger telescopes. This results in greater phase shifts and this gives a more accurate picture of the sky. This allows radio telescopes to get multiple readings at different angles and distances from Earth. 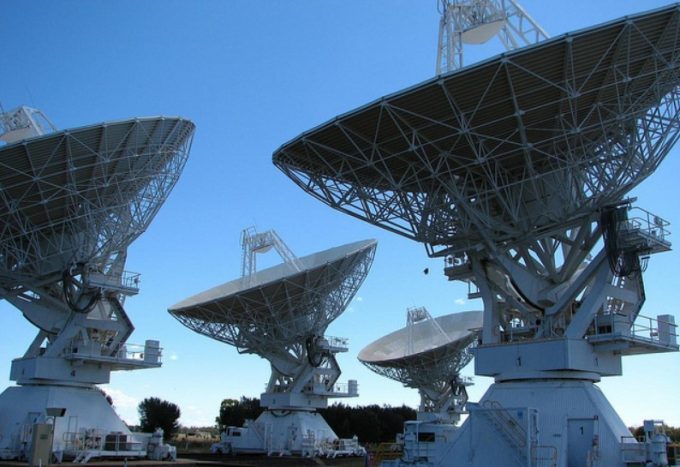 However, this presents a challenge because this is costly to spearhead and maintain. In fact, this type of project would require the existence of many stations in order to keep the signal going and this is not feasible especially over extremely long distances.

Atomic clocks are therefore used to record the time and upload it onto specific data drives. This can be achieved by using a hydrogen maser frequency standard that gives a timing accuracy of a few billionths of a second and a frequency stability of one part in a billion.

This is then sent to a scientist who generally puts the information together in a matter of weeks.

Here we have only scratched the surface of this topic.  You can spend years studying radio telescopes to learn their ins and outs.  They don’t have to be overly complicated, but that doesn’t mean that you’ll get the best results from it. 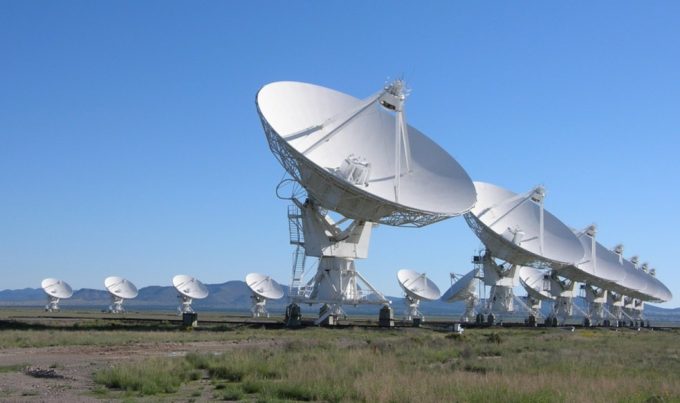 If you have any experience with this style telescope, let us know about it in the comments below.

Cole’s passion is travelling around the world. His favourite destinations are South Asia and Western Europe. Cole spends lots of time sailing and knows how important is to have a good gear while you are in the middle of the ocean. Another thing that he is passionate about is astronomy, he says that the best place to look at the sky at night is usually far from the coast.

Most Popular In This Category